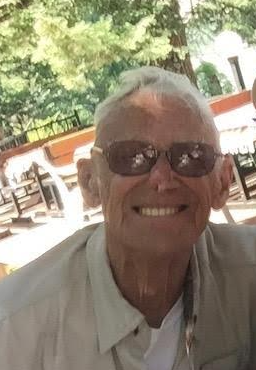 Robert Wayne Oleson, better known as Sonny was born on October 09, 1938 to Albert and Francis (Dean) Oleson in Helena, MT. Sonny was the second of four children; Alberta (Berta), Robert (Sonny), Delbert (Del), and Shirley. Sonny’s childhood was spent in Helena were he got involved in many adventures. He graduated from Helena Senior High School in 1957. Following high school, Sonny was both a medic in the Montana National Guard, and also worked for his father building local Helena area homes. This included the family home and cabin past Magpie Bay at Canyon Ferry Lake.

In the early 1960’s Sonny went to work for Metropolitan Life Insurance where he became an Agency Manager in the greater Portland OR area until the late 1970’s. Following that, Sonny went back to his craft and passion in the construction arena. He followed his roots back to Montana in the early 1980’s where he went into partnership with his brother Del Oleson, running Oleson Bros. Construction. In the late 1980’s Sonny joined the crew of the ASARCO Inc. smelter plant in East Helena, where he remained until the plant closed down in 2001. He again followed his passion for working with his hands. He went back to construction, handyman, and concrete work, until he finally started to enjoy retirement in 2015.

Sonny married his high school sweetheart, Joan Fraser right out of high school in June of 1957. It was not too long after where they were blessed with their first daughter Tamara Lynn. Next they welcomed their second daughter Rhonda Jean. Then again were blessed with their third daughter; Robin Wynn. Unfortunately the couple would divorce in 1976, but remain good friends for life.

Sonny found another love of his life in Ria T. (Shimmer) Norris. He also gained a step son; Jesse Jungers and played an active role in his life. Ria and Sonny shared a love together of the outdoors, and had many years together camping in Montana and enjoyed this until her passing in 2018. Ria and Sonny moved to Townsend in 2002 so he could be closer to his brother, many other friends, and favorite hunting and fishing spots. He enjoyed being a part of the Townsend community until the day he passed.

All his life, Sonny had an extreme love for hunting, fishing, camping, and anything outdoors, up to the day he passed. He was most happy when spending time with his immediate and extended family and friends, especially if it was in our beautiful Montana landscape. While Sonny did not have natural born sons, he had many grandsons and granddaughters to mentor in both hunting and fishing. He made a point to get all involved in enjoying his love of the outdoors.

Sonny will be most remembered and revered for being a caring, compassionate, and a truly loving man with a desire to help anyone in need. While he was a stern mentor, his intensions were always driven by pure love. He had beautiful relationships with each of his daughters, son in laws, grandchildren, and great grandchildren. His passing has left a tremendous void in each of our hearts.

If you are friend of or knew Sonny; there is a good chance you participated in one of his outdoor adventures at some point in your life and probably have some stories that can (or cannot) be shared in a public setting! He had lifelong friends and was always up to go hunting, fishing, or camping with anyone who was ready and willing. He was always willing to help out anyone in need and never expected anything in return. Except maybe a nice cold beverage at the end of the day.

A private family celebration will be planned in the future.