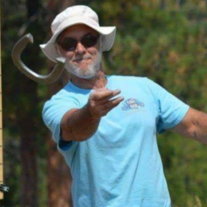 Lyle C.I. Myhr Jr. age 60 of Helena, Montana passed away in St. Peter’s Hospital, with his daughter by his side, on the early morning of September 26,2018.

Lyle was born in Helena, Montana to Lyle and Violet Myhr, on October 9, 1957. Lyle grew up in Tukwila, WA and graduated from Olympia High School. Right out of high school Lyle enlisted in the Air Force, where he studied computer engineering. Upon completing his education in the military, Lyle lived in California for several years and worked for various companies in the electronics field. Micro Linear, located in Silicon Valley, was where Lyle devoted several years to working in the field he was most passionate about. It was in California where Lyle, fell in love with Abby Erickson. They married on December 16, 1989 in Lake Tahoe, Nevada. Soon after, Lyle eagerly adopted Abby’s only daughter Tami.

In April 1999, the family began a new chapter in their lives when they moved to Lyle’s hometown of Helena, Montana to be close to Lyle’s sister and other family members. Lyle worked most of his employment for Summit Aeronautics, which was later sold to Boeing. Lyle, was very proud of his position at Boeing and honored to work for such a credible company. He developed many, meaningful relationships with fellow co-workers.

Lyle’s divorce from Abby in 2015 left him feeling lost and was fortunate to spend his last year and half of his life with Laurie Wolgast. They had a blooming relationship.

He leaves behind his daughter and son in law, Tami and Steven Rodarte, and his three beloved grandchildren to include Jaden age 11, Elijah age 9, and Aubree age 3. Also left behinds includes, his father Lyle Myhr Sr., and his significant other Rocky Morrison, Lyle’s sister Nina Pullman, along with her three Levi, Clint, and Tiana. His dog Hakon was also left behind.

Lyle, valued time spent with his close friends, one of which in particular was Jeff Hurni. Lyle and Jeff enjoyed shooting, riding 4 wheelers and just hanging out together. Lyle’s hobbies included, playing horseshoes, working on HAM radios, tinkering around on computer pieces, collecting coins, spending time with his dogs, reading and having an active voice in politics.

Lyle Myhr’s, sudden passing was heartbreaking for many and he will be very missed.