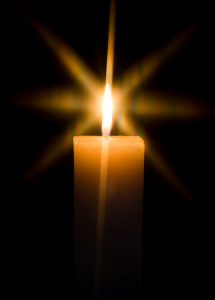 Robert Bayuk was born on March 1, 1957, to Theresa and John Bayuk in Milwaukee, Wisconsin. He graduated from Shelby High School in Shelby, Montana in 1975. From there he attended and graduated from Carroll College in 1979 in Helena, where he was an active member of the community. A voracious reader and writer, Robert was on the board of trustees of the Lewis & Clark Library from 2011 to 2015, and was chair from 2014 to 2015. He was an original member of the Helena Theatre Company and also belonged to a book club and a writing group. He performed and directed at Grandstreet Theatre, Helena Theatre Company, Carroll College Theatre, Second Story Cinema Players, and IT. This included classics like The Glass Menagerie and The Foreigner, as well as his own plays such as Paragraph 175, which told about the life of a gay man imprisoned in Nazi Germany, and Three Men from Mars, which recounts a 1968 road trip taken by writers Jean Genet, Allen Ginsberg, and William Burroughs to the Chicago Democratic convention. A passionate music lover, Robert enjoyed creating mixtapes for friends and family. He especially loved David Bowie and that obsession spilled over into his wardrobe.

Robert worked at the Montana State Library, Intermountain Children’s Home, as well as Indian Impact Aid for Montana’s reservations, and most recently, the EPA. In 2006, he underwent a kidney and pancreas transplant. Despite the adversity in his life, he continued to read, write, work, and spend time with friends and family, who appreciated his wit, kindness, and courage. He died on June 22 at the age of 61.

Robert is survived by his siblings Diane Feland, Michael Bayuk, Barbara Skeslien, and Mary Beth Gaub along with many nieces and nephews. Robert was preceded in death by his parents. He had many wonderful friends, and when we his family think of Robert, we remember a quote from Yeats, “Think where man’s glory most begins and ends, and say my glory was I had such friends.”

A Celebration of Life will be held for Robert at the Myrna Loy Theatre on July 13th from 1 to 4 pm. Donations made to the Myrna Loy during this time will be in remembrance of Robert and his love of theater.