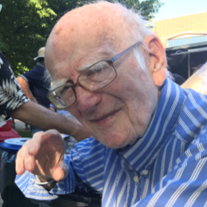 Bill passed away in his daughter‘s home surrounded by his adoring family. Finally his suffering from cancer has ended and he is at peace.

He was born in Baker, MT on April, 17, 1938 to Wm. D. Morton Sr. and Mary Ada (Lyman) Morton. Bill was the younger sibling to Mary Jo Olson. The family moved from Baker to Helena in 1941 where he attended Broadwater Elementary and Helena High school. Bill went on to obtain his associates degree in Civil Engineering.
During the summers and after high school Bill worked construction and for the Forest Services, a job he loved and had many stories about. After various other jobs, Bill began working for the MT State Highway Dept. where he retired as district engineer after 30 years.

Bill married the love of his life, Jerri Clare O’Connell in 1969. The marriage was a package deal that included her loving children Dan, Lila and Jim.

His favorite things in life were going to jazz festivals with Jerri all over the state. The thing that made him happiest was cars and racing. He was critically injured in a racing accident that ended his racing career. He shared his passion of cars with his grandson and best buddy, Casey McAlpin. They spent many hours together in the garage talking “cars” and teaching Casey how to work on them. “Gramps” was a great teacher to all of his grandchildren. He taught his oldest granddaughter Amie to drive which gave him much delight and many funny stories. His other grandchildren often called him for advice in matters of life and love. He was a “surrogate father” and teacher to many people

Bill left behind many good friends, his car buddies Lynn Predmore and Gary Mooney and several nieces and nephews.

Our loving teacher is watching over us

A memorial service will be held at 2:00 p.m., Thursday, October 25th in the Fellowship hall at Plymouth Congregational Church, 400 South Oakes, Helena. Inurnment of ashes will be set for a later date.